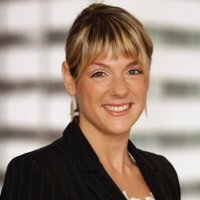 As announced by Attorney-General Yvette D’Ath in May, Natalie Siegel-Brown took over as Queensland’s Public Guardian on 25 July, 2016. Natalie brings with her a wealth of experience in a variety of senior management roles in both the public and private sector.

After graduating from Melbourne’s Monash University in 2001 with two degrees—a Bachelor of Arts and a Bachelor of Laws—Natalie started her working career with a commercial law firm; representing clients in criminal and civil litigation and becoming a barrister and solicitor of the Supreme Court of Victoria in 2003.

Natalie’s work in Indigenous Affairs and legal service policy has been published internationally and in 2002 she was awarded the inaugural Gowling Lafleur Henderson Award (University of Toronto) for the top four academic papers on Indigenous legal issues in the world.

Natalie first worked for the Queensland Government in 2005 as State Manager for Violence Prevention with the Department of Communities (DoC). Here she pioneered a number of major statewide family and domestic violence initiatives.

She left DoC to manage the mental health, social and emotional wellbeing branch of the Kimberley Aboriginal Medical Service in Broome before starting her own consulting practice where she conducted child death reviews for both the Western Australian and Victorian Governments. Natalie then moved on to become Social Policy Director with PricewaterhouseCoopers where she again had notable successes in the prevention of violence against women, child sexual assault and Indigenous affairs.

Natalie joined the OPG from the New South Wales Department of Family and Community Services, where she has been an Executive Director for Strategic Policy since 2013. Here she was responsible to three Ministers, heading five separate branches and being responsible for 75 staff spread across the areas of child protection policy, Aboriginal child protection, Women NSW (including domestic and family violence), Carers, Ageing and Disability Inclusion, and Aboriginal Strategy & Policy (a branch dedicated to influencing better Aboriginal outcomes across the department).